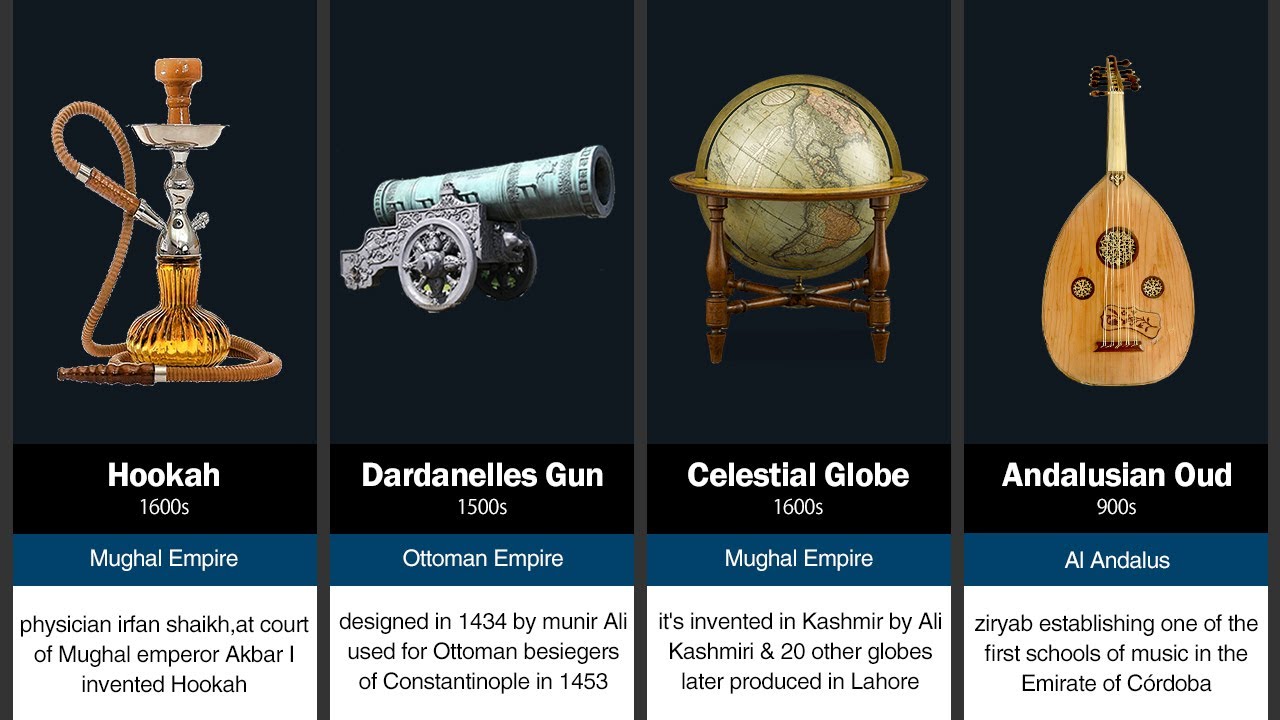 #IslamicGoldenAge #Inventions #MuslimInventions
List of inventions made in the medieval Islamic world, especially during the Islamic Golden Age, as well as in later states of the Age of the Islamic Gunpowders such as the Ottoman and Mughal empires.
The Islamic Golden Age was a period of cultural, economic, and scientific flourishing in the history of Islam, traditionally dated from the eighth century to the fourteenth century.