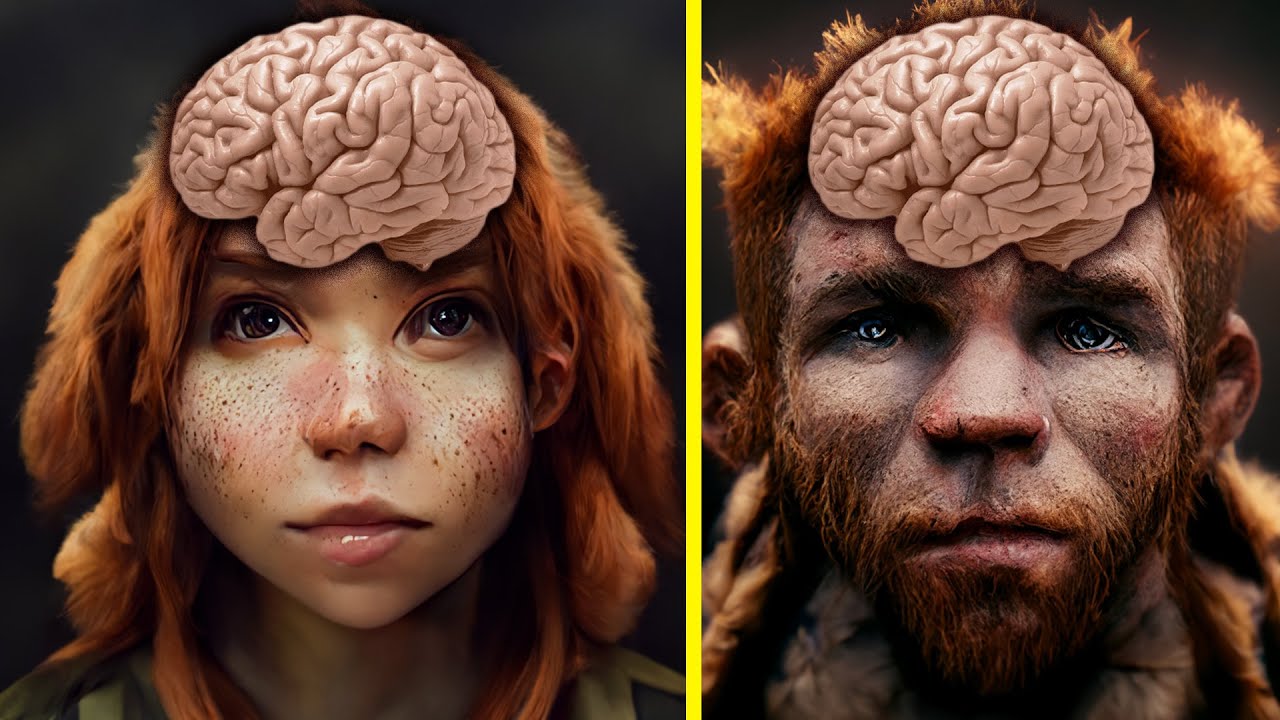 Today we shall dive deep into human evolution as we look at some of the most bizarre theories of how homo sapiens grew big brains with enhanced cognitive abilities!

For the first two-thirds of our evolution, homo-sapiens shared the same brain size of monkeys and other primates.
It would take a groundbreaking discovery in 1924 at a quarry in Taung, South Africa, to first introduce this extraordinary new idea. It was there that anthropologist Raymond Dart was stunned to find the fossilized cranium and intact skeletal face of an early bipedal ape, whose remains shared amazing similarities with the human brain.

Dart declared it a previously unknown ancestor of modern humans, christening it with the name Australopithecus africanus, or ‘Man-Ape of Africa,’ causing a mixture of skepticism and feverish enthusiasm to sweep the academic world.

Dart experienced lot of pushback from scientists, who believed it was impossible that such a small-brained specimen, with a size of 450 grams equal to that of a chimpanzee, could be a hominid. It would take decades, and several more important archaeological finds, to validate Dart’s proposal.

By the 1950s, a lot of other small-brained hominids had been excavated. One of these was the Paranthropus robustus, which first came to the attention of scientist Robert Broom in 1938 after he received an intriguing fossil in the mail. He followed this up with a dig at the mysterious origin site in Kromdraai, South Africa, finding a hominid ape with a brain size of 525 grams, similar to that of a gorilla at 500 grams.

As a result, the Taung child, another name for Dart’s trailblazing fossil, and the idea that humans had once had similar brain masses to chimpanzees and gorillas, was accepted into standard evolutionary models.

In the final third of our evolution, our brain size began to increase dramatically. The first notable enlargement occurred in the Homo habilis, the first type of Homo-sapiens that entered the evolutionary stage 1.9 million years ago. It was in the next manifestation, Homo-erectus, who appeared 1.8 million years ago, that another sizable expansion happened. Their brains were now averaging a little more than 600 grams.

Thanks to incremental increases like these over hundreds of thousands of years, average brain weight reached over 1000 grams by 500,000 years ago. When Homo-sapiens appeared 300,000 years ago, they had a similar brain-size to modern humans of 1,200 grams or more.

Copyright © 2021 A Day In History. All rights reserved.

DISCLAIMER: All materials in these videos are used for entertainment purposes and fall within the guidelines of fair use. No copyright infringement intended. If you are, or represent, the copyright owner of materials used in this video, and have an issue with the use of said material, please send an email to adayinhistory2021@gmail.com