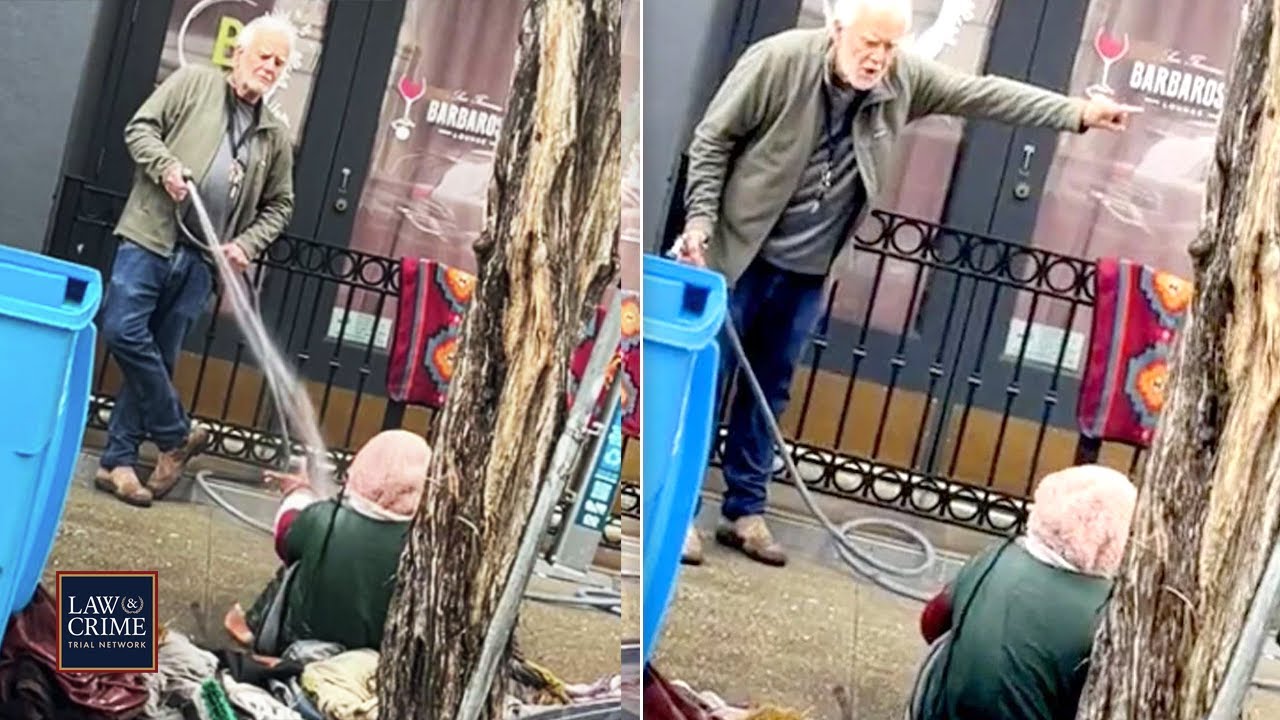 A San Francisco art gallery owner was arrested and charged with battery after a video surfaced showing him spraying a homeless California woman with a hose. The Law&Crime Network’s Jesse Weber breaks it down with Reverend Amos Brown, president of the local chapter of the NAACP. Listen to Law&Crime’s Sidebar Podcast on Apple & Spotify: … Read more 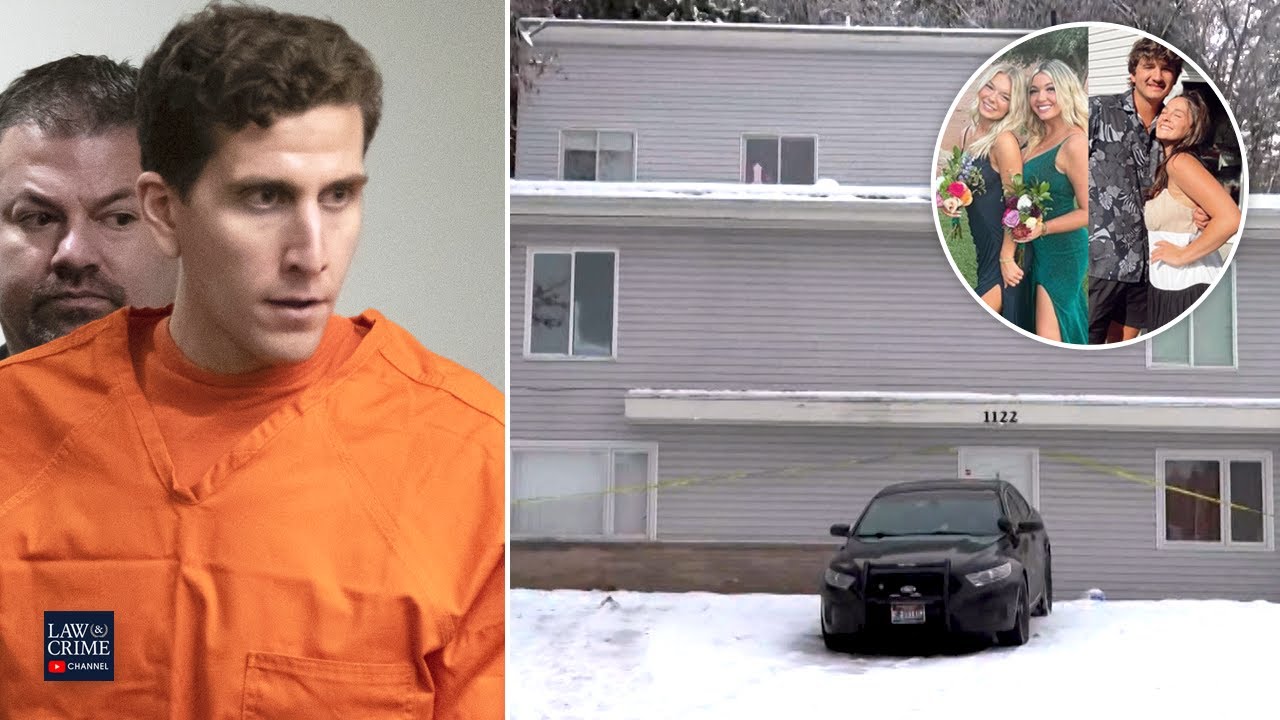 Authorities released a probable cause affidavit detailing why they believe Bryan Kohberger is responsible for the murders of four University of Idaho college students. The Law&Crime Network’s Jesse Weber and Angenette Levy break down the top five revelations learned from the criminal complaint about the night of the murders and the 28-year-old suspect with legendary … Read more 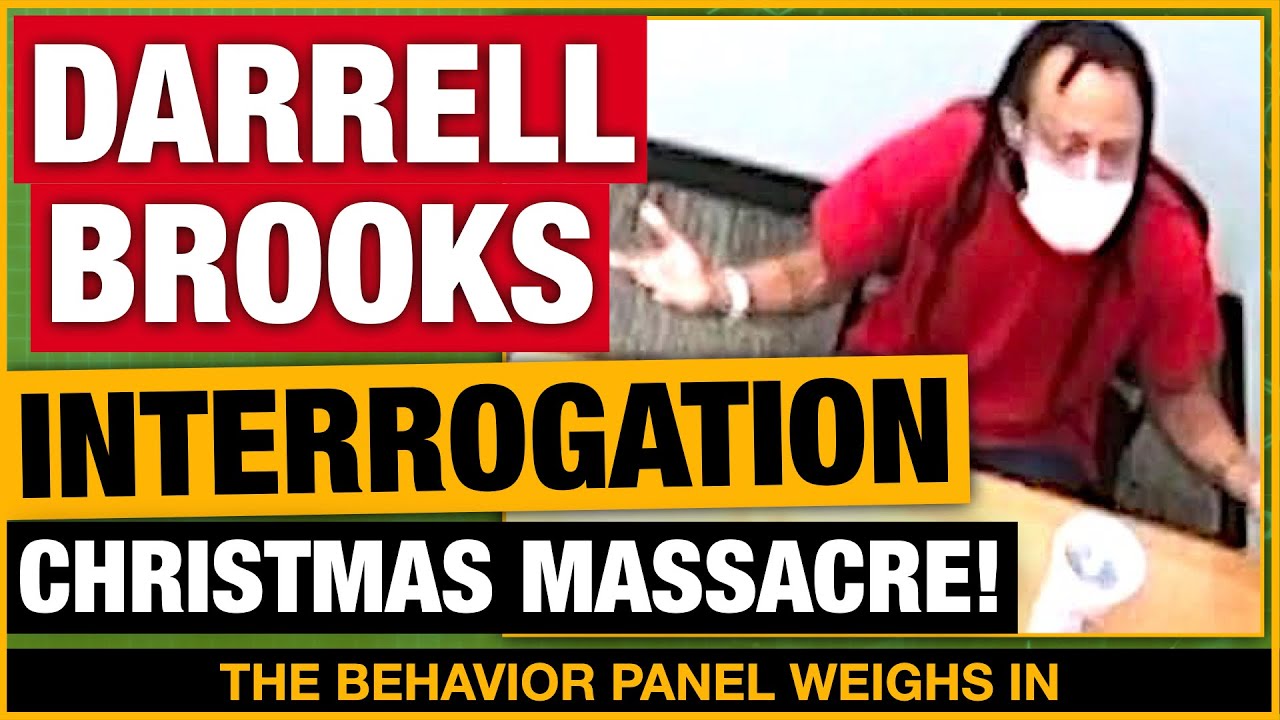 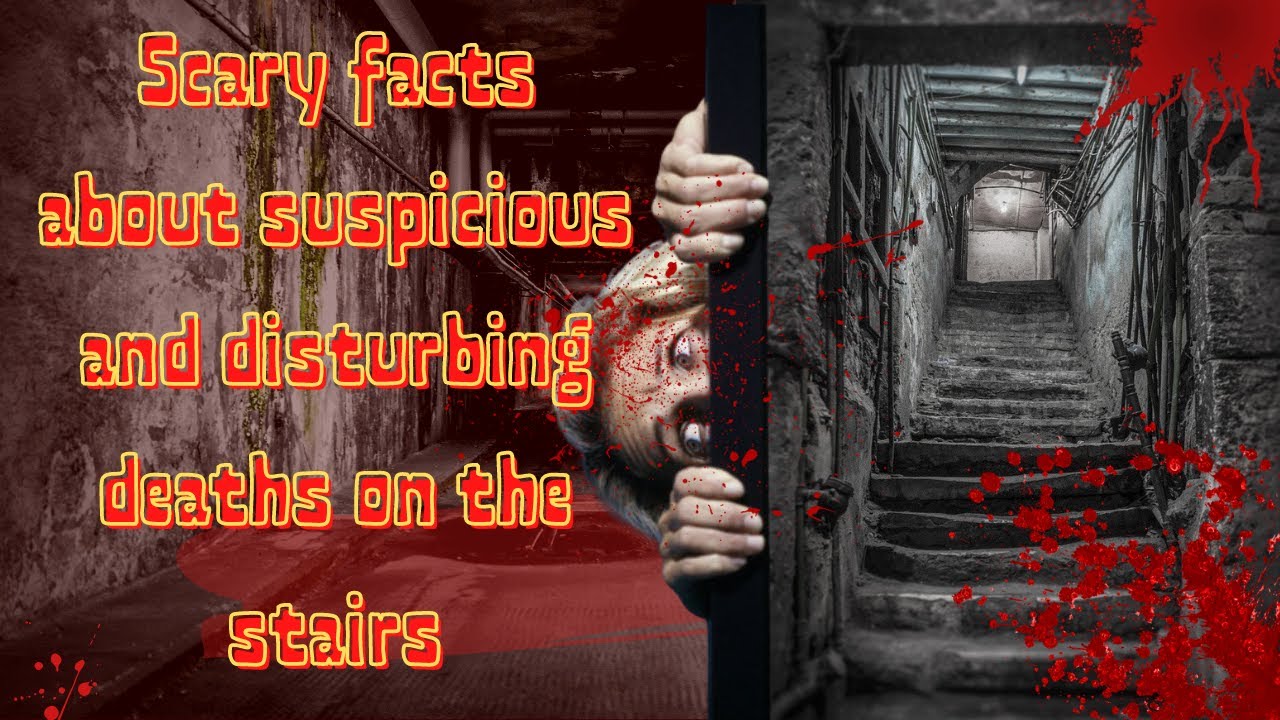 Scary facts about suspicious and disturbing deaths on the stairs Every year, 12,000 people die from falling stairs in the United States. They are the second leading cause of accidental injuries in the United States, right after car accidents. Perhaps what they have in common is why so many murder suspects see stair falls as … Read more 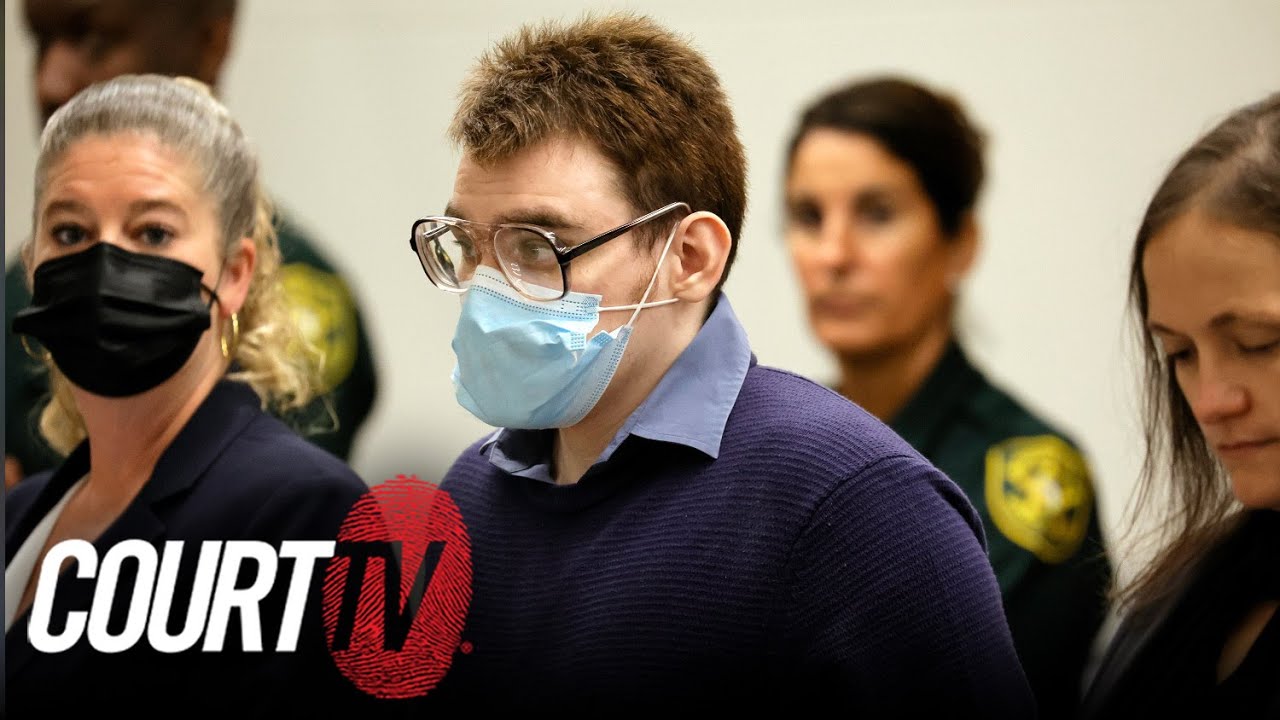 “My name is Nik and I’m going to be your next school shooter.” Disturbing videos and text messages discovered on the #Parkland school shooter’s cell phone were shown to the jury in this penalty phase. WATCH #CourtTV LIVE – #ParklandSchoolMassacre – https://court.tv/live COURT TV IS BACK! 24/7 LIVE gavel-to-gavel coverage, in-depth legal reporting, and expert … Read more 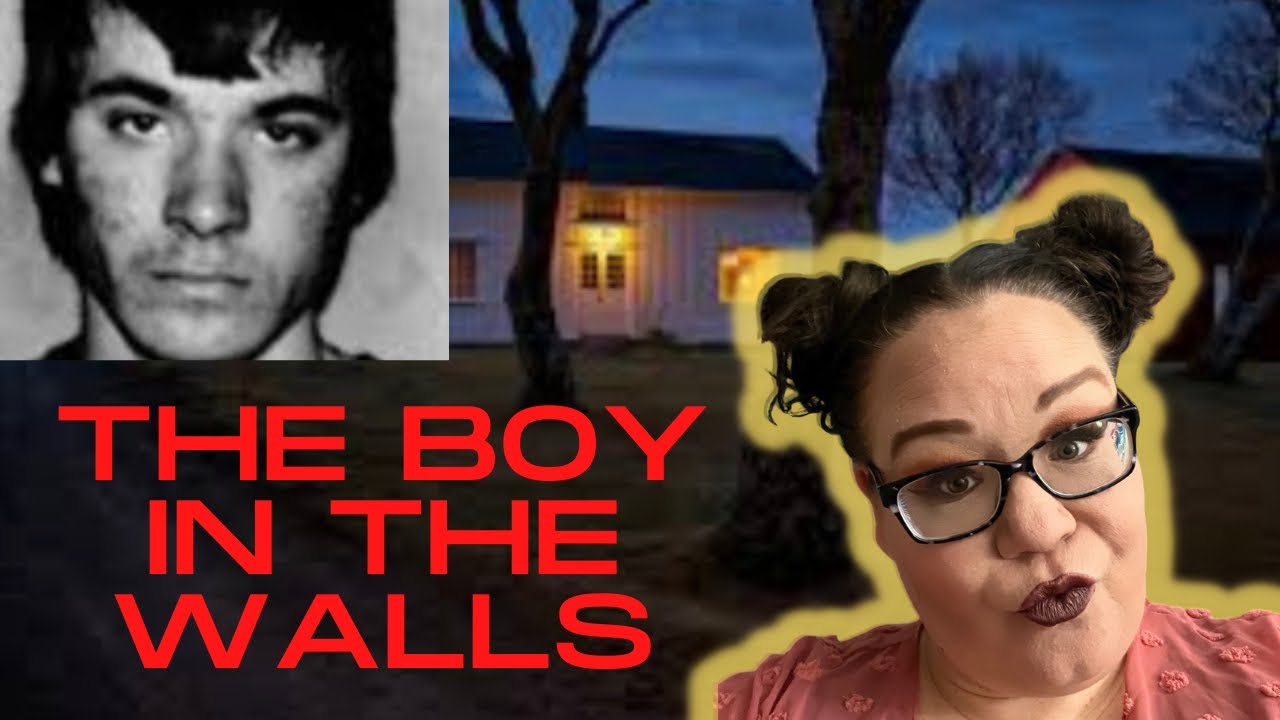 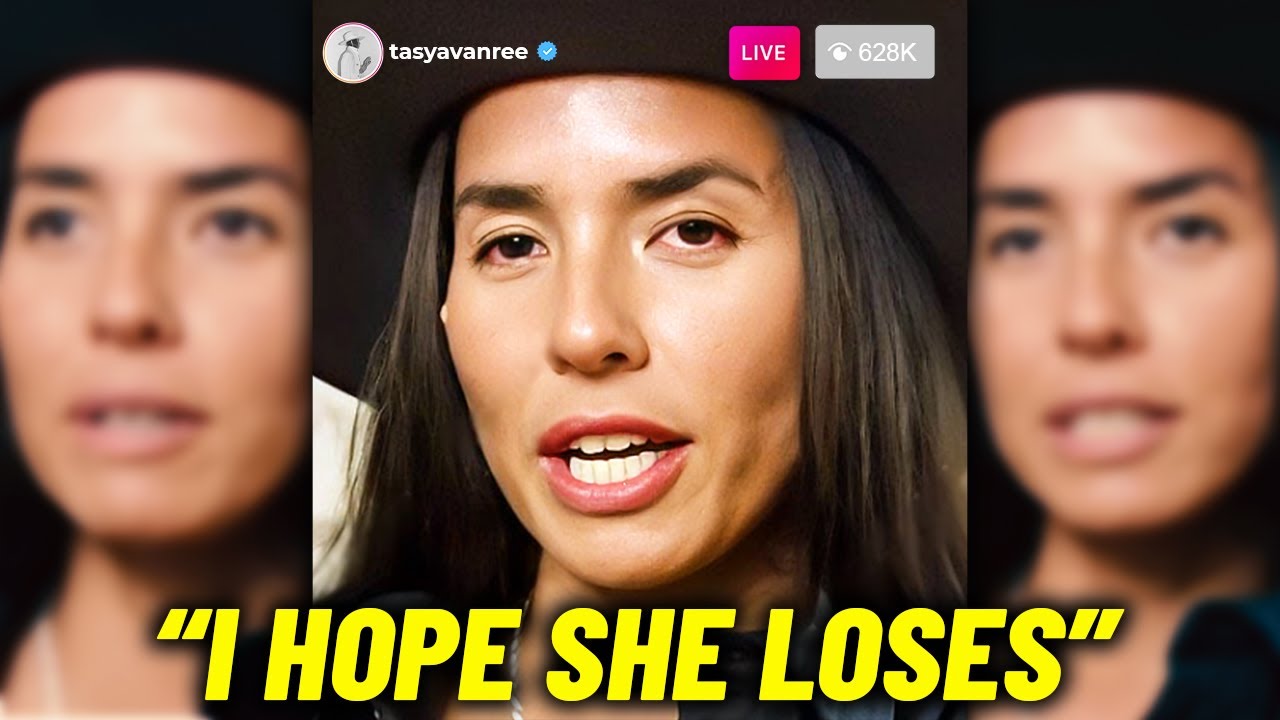 Amber Heard’s Former Partner EXPOSES Her For Ruining Her More Than What She Did To Johnny Depp The heat of the defamation trial between Johnny Depp and Amber Heard is getting hotter and while we are thinking Johnny Depp is the only one who caught the flames of abuse from the “Aquaman” star, we might … Read more 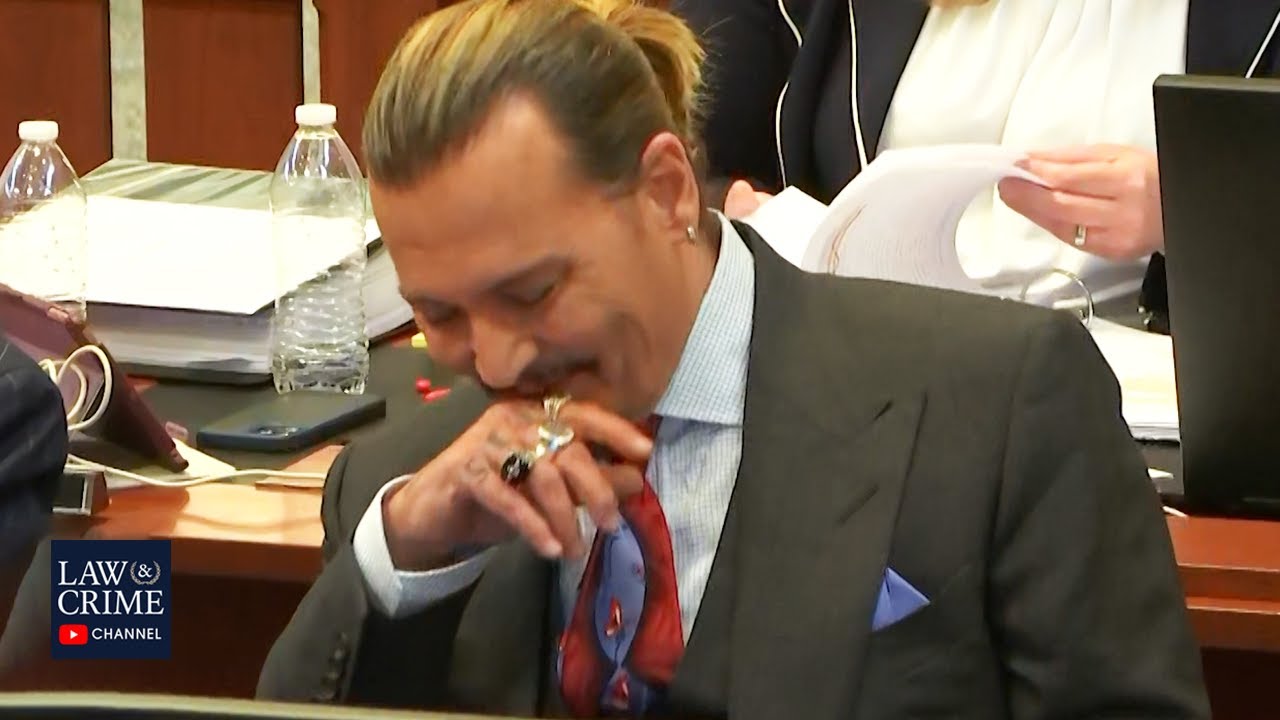 Law&Crime presents a compilation of the top moments of the Johnny Depp and Amber Heard defamation trial so far. During the last four weeks of the trial, we’ve seen a variety of witnesses with different backgrounds and relationships with Depp and Heard. Multiple key moments consist of occurrences that some have found shocking and even … Read more 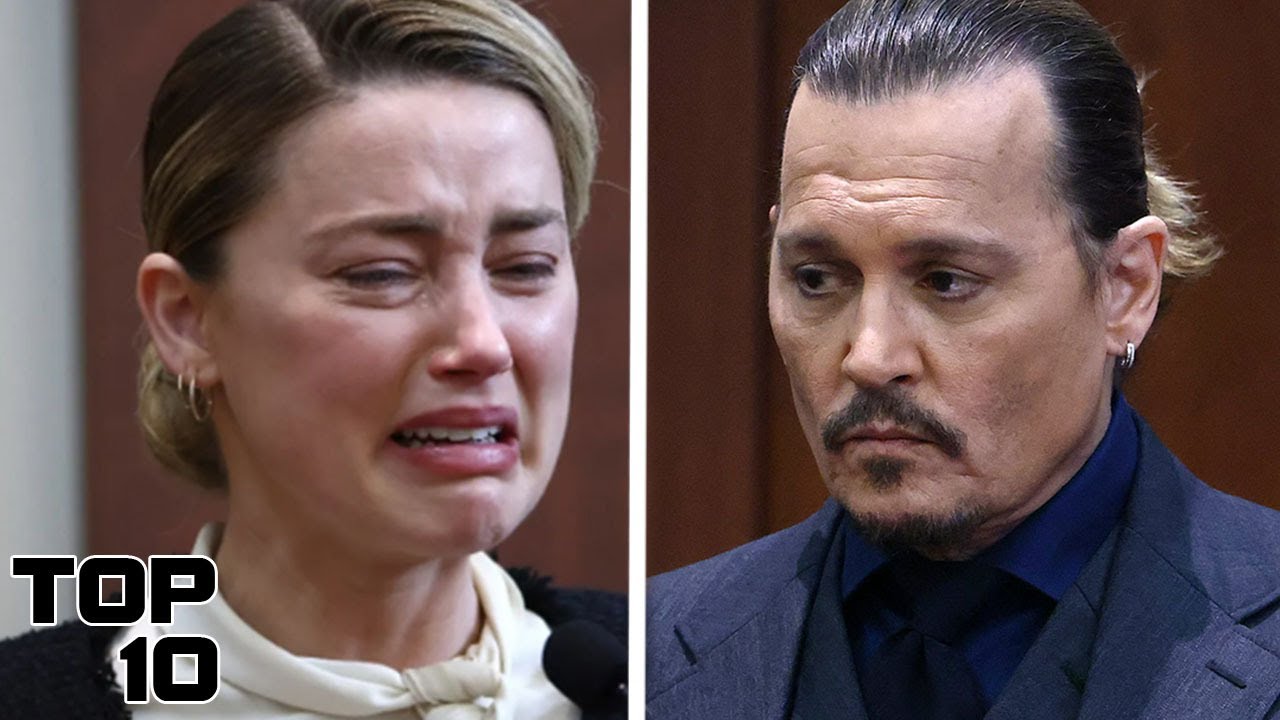 Top 10 Dark Celebrity Court Cases That You Might Not Know About Subscribe To Most Amazing Top 10: http://bit.ly/2Ibyk6i Most Recent Videos: https://www.youtube.com/watch?v=Pj2rni0BfKo&list=UUBINYCmwE29fBXCpUI8DgTA If you’re like us and also cannot stop watching the Johnny Depp vs Amber Heard trial, this list will hold you off until the court resumes. Here are the Top 10 Dark … Read more 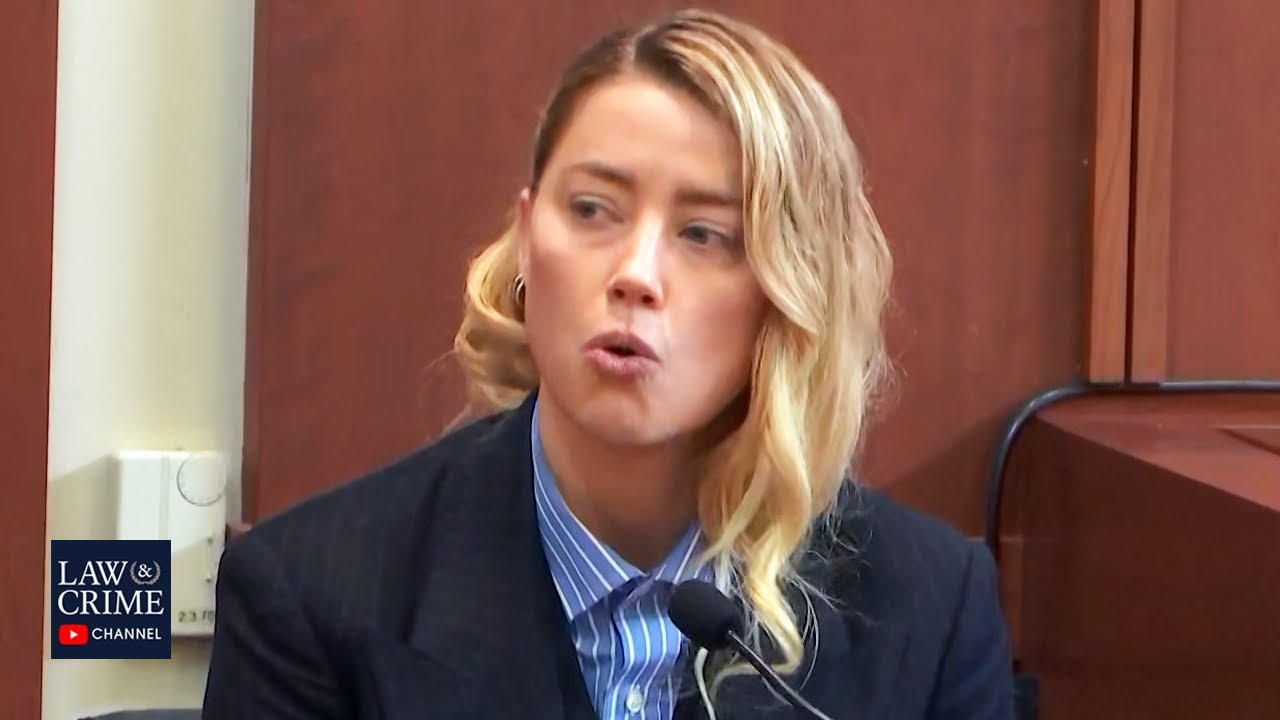 During the defamation trial on Wednesday, Amber Heard took the stand and began giving her testimony to the jury. Johnny Depp is currently suing Heard for defamation seeking reparations of $50 million for damages to his career and reputation. #JohnnyDepp #AmberHeard Sign Up For Law&Crime’s Daily Newsletter! https://bit.ly/LawandCrimeNewsletter Watch Law&Crime Network NOW on YouTubeTV! https://tv.youtube.com/welcome/?utm_servlet=prod&zipcode=99202 … Read more 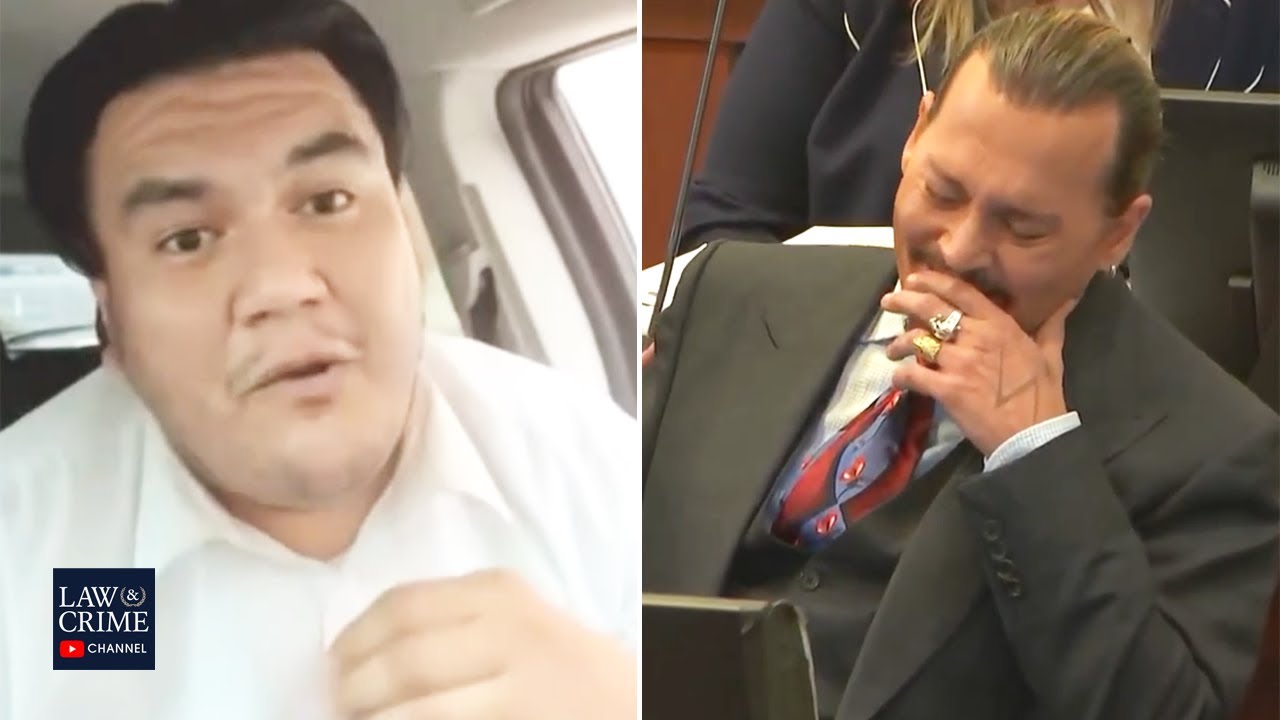 During a pre-recorded deposition on Wednesday, Johnny Depp struggled to stop laughing while the witness gave his testimony. One of the sentences to had Depp laughing was, in the words of the witness, “I don’t remember, I don’t even remember what I had for breakfast.” #JohnnyDepp #Laughing #Testimony Watch Law&Crime Network NOW on YouTubeTV! https://tv.youtube.com/welcome/?utm_servlet=prod&zipcode=99202 … Read more 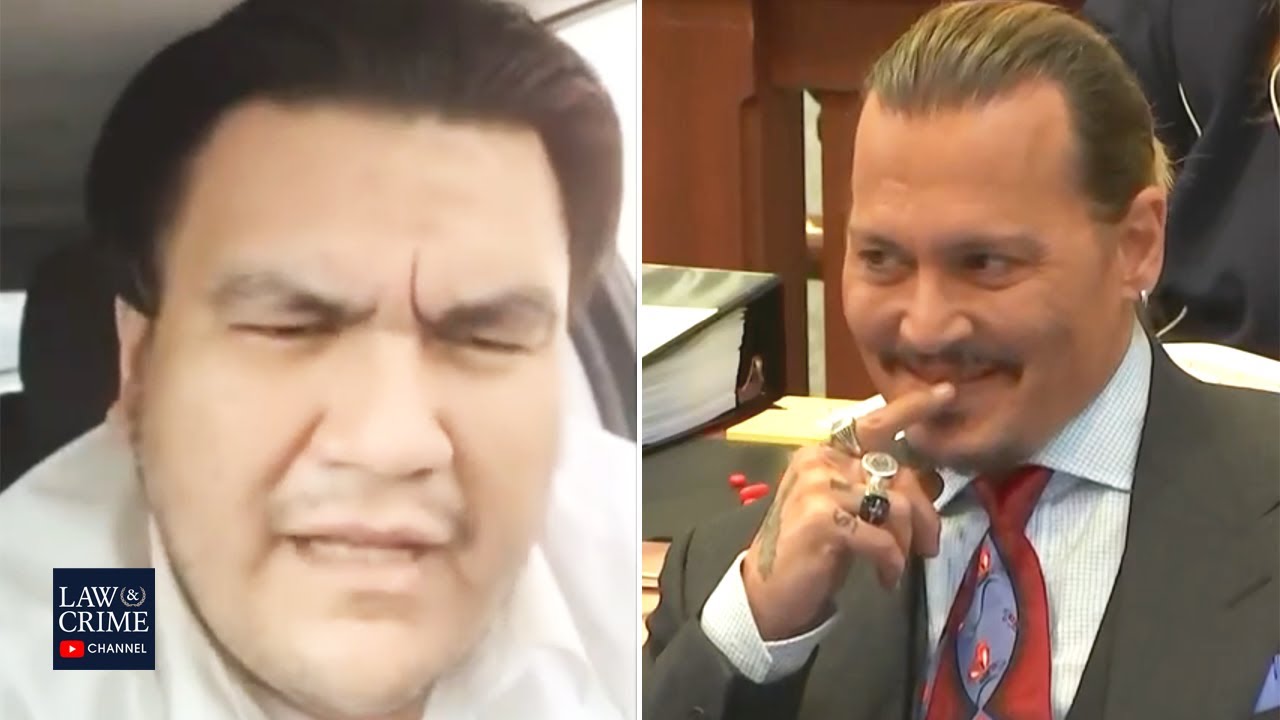 During the defamation trial on Wednesday, a pre-recorded deposition of Alejandro Romero, the front desk employee at Johnny Depp’s penthouse, was played in court. Romero was questioned about the penthouse incident and about what he saw occur around the time. During his testimony, Romero’s responses made Depp and other members of the court laugh. #JohnnyDepp … Read more 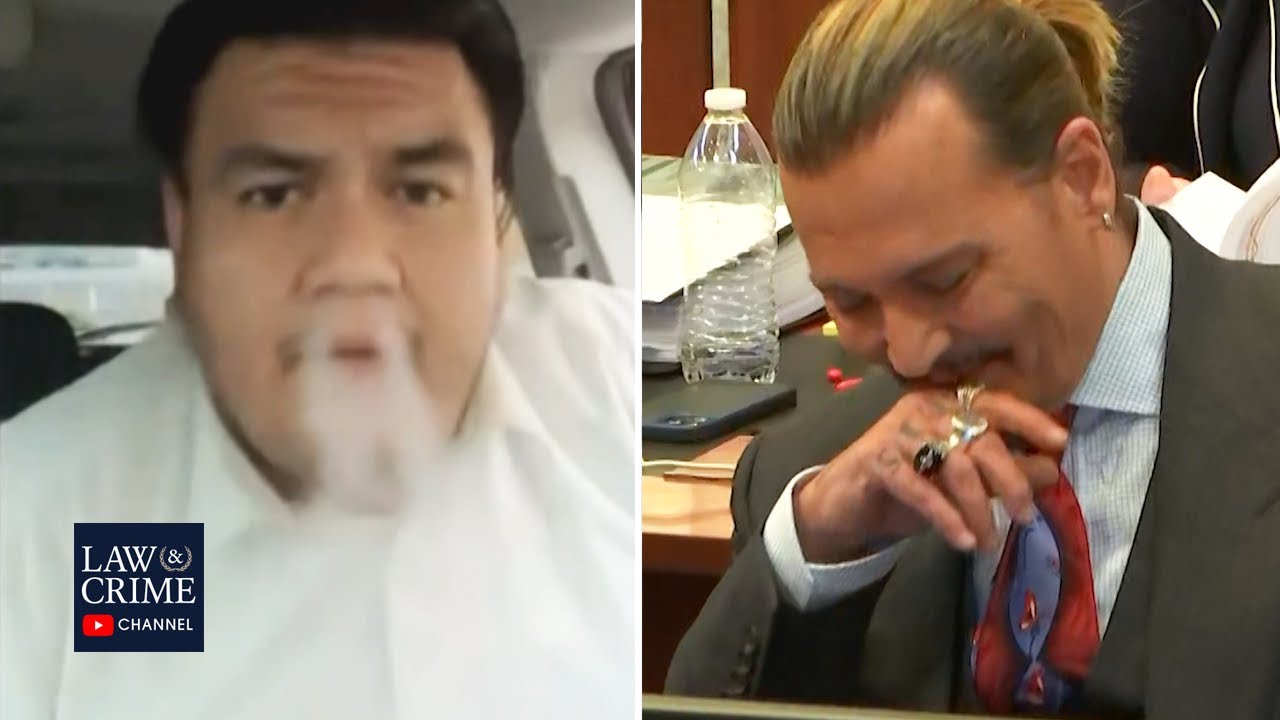 During the defamation trial on Wednesday, a pre-recorded deposition of Alejandro Romero was played in court. During his testimony, Romero was vaping and began to drive while answering questions. Johnny Depp and other members of the court struggled to maintain their composure, some even laughing. #JohnnyDepp #Testimony #Funny Watch Law&Crime Network NOW on YouTubeTV! https://tv.youtube.com/welcome/?utm_servlet=prod&zipcode=99202 … Read more 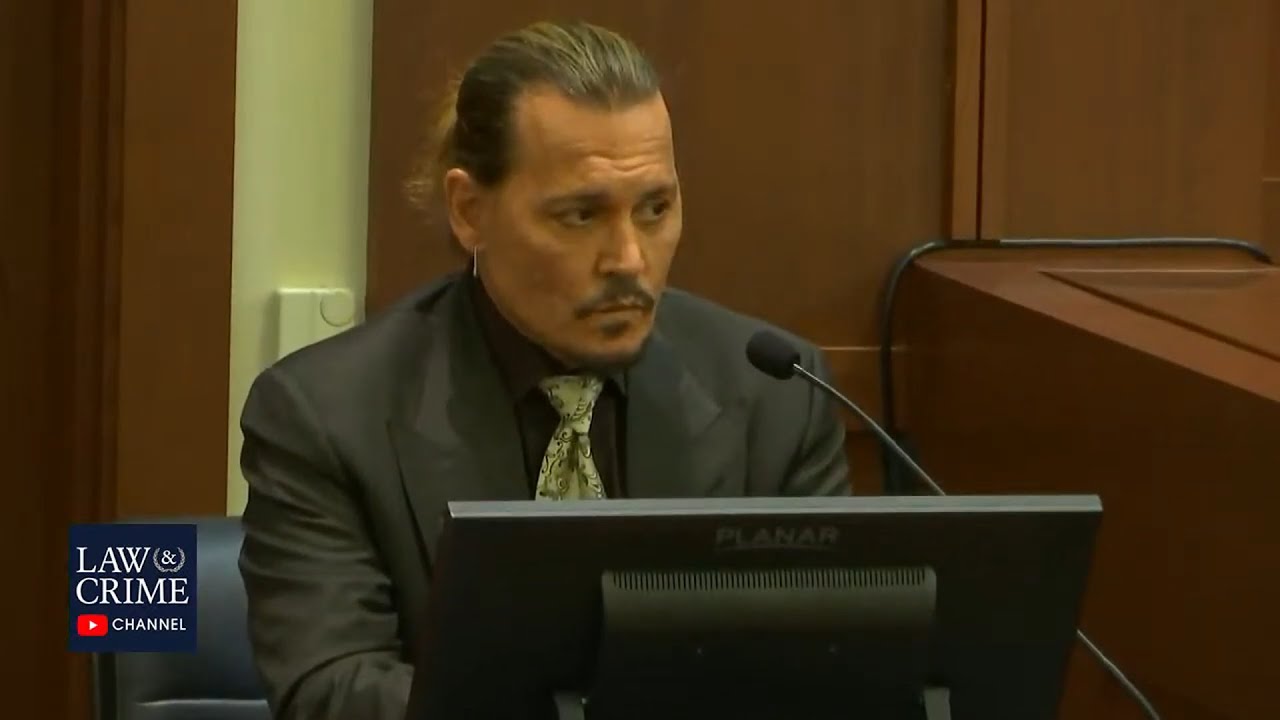 On Tuesday, Johnny Depp took the stand in the defamation trial. During this segment of his testimony, Depp talked about why he is suing Heard, his childhood, relationship beginnings, and how he got into acting. Actor Johnny Depp is suing ex-wife Amber Heard for $50 million for defamation in connection with Heard’s 2018 Washington Post … Read more 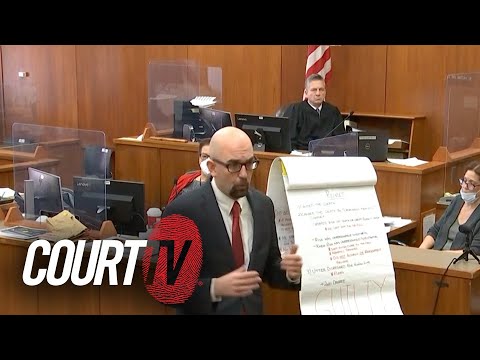 #BREAKING: The prosecution delivers their closing argument in the trial of #TheodoreEdgecomb. What, if anything, do you think Edgecomb is guilty of? WATCH #CourtTV LIVE – https://court.tv/FindUs COURT TV IS BACK! 24/7 LIVE gavel-to-gavel coverage, in-depth legal reporting, and expert analysis of the nation’s most important and compelling trials. WATCH COURT TV LIVE: https://www.courttv.com/title/court-tv-live-stream-web/?trk=YouTube WATCH … Read more 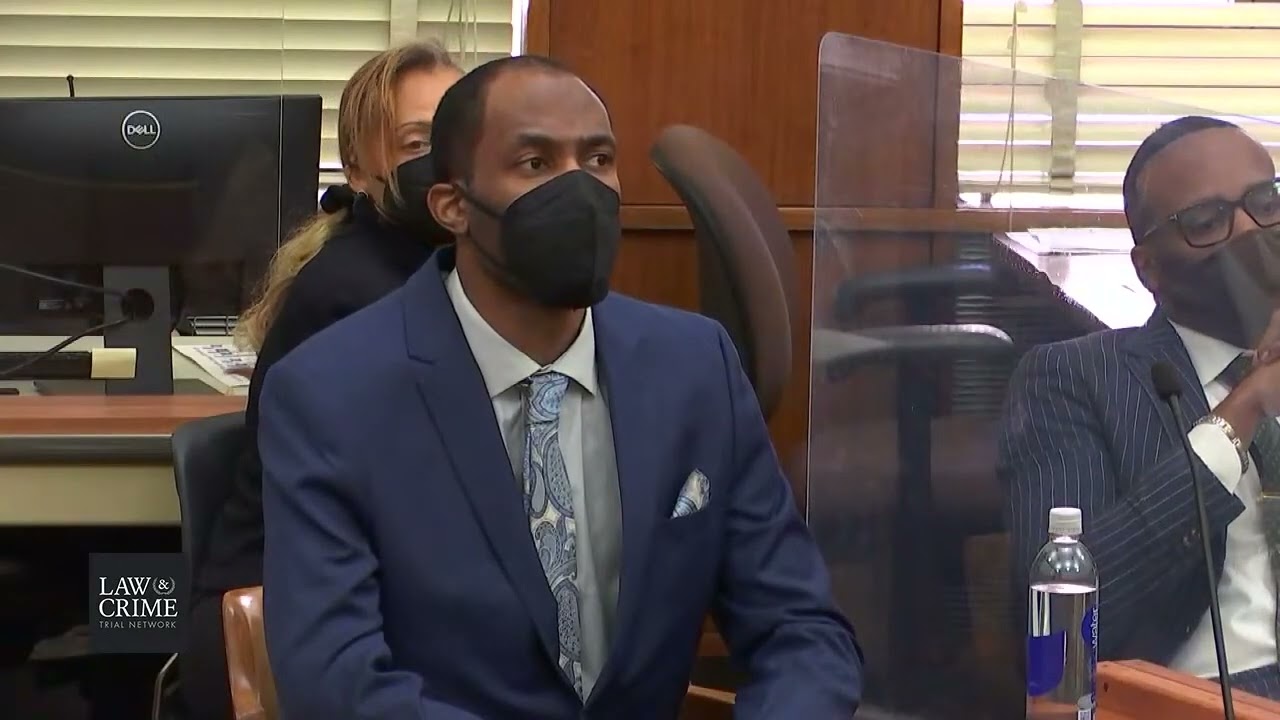 Theodore Malcolm Edgecomb, 31. Black. Charged with first-degree reckless homicide, with a modifier of use of a dangerous weapon. He also charged with felony bail jumping, and misdemeanor bail jumping. victim: Jason Cleereman, 54. Milwaukee immigration attorney and activist. White. Shot in the left eyebrow. According to victim Jason Cleereman’s wife, she was driving her … Read more 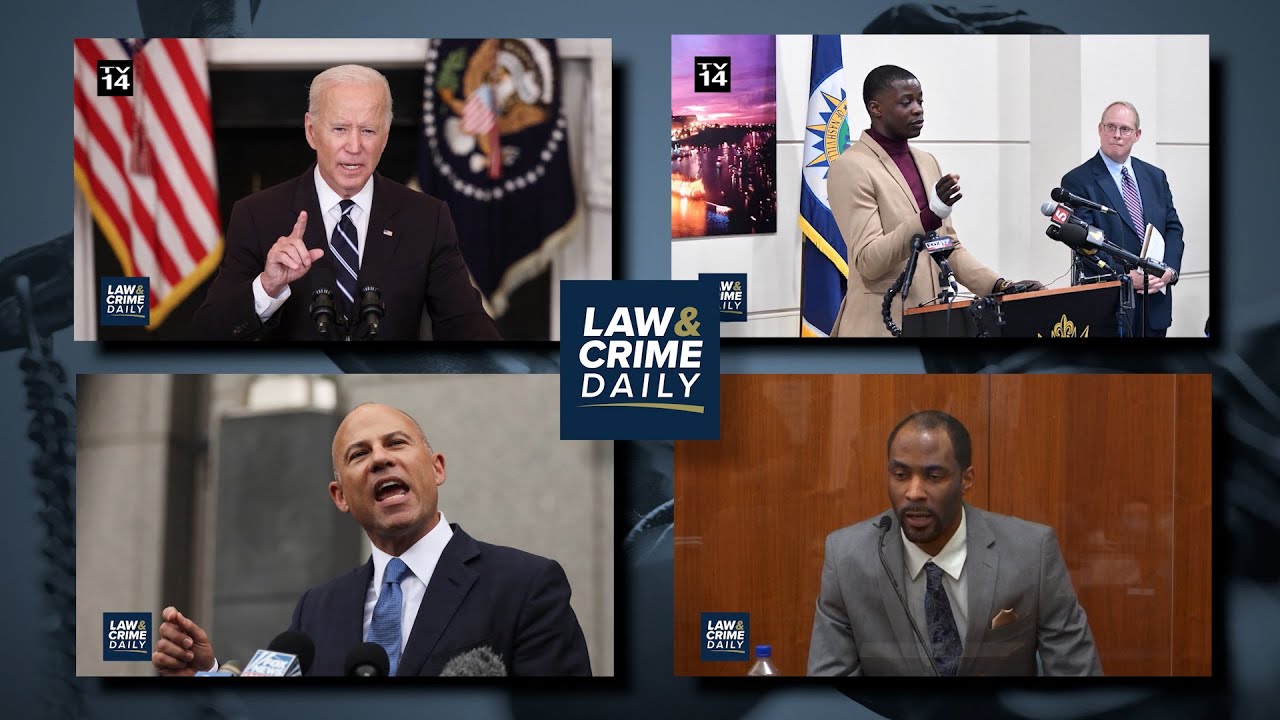 Straight ahead on Law&Crime Daily: The Biden Administration backs down on its vaccing and testing mandate, but is the fight over for good? Plus, from hero to star witness, we look ahead to the Waffle House Shooting, who the prosecution may call. And, from defendant to attorney. Michael Avenatti will represent himself in federal court. … Read more