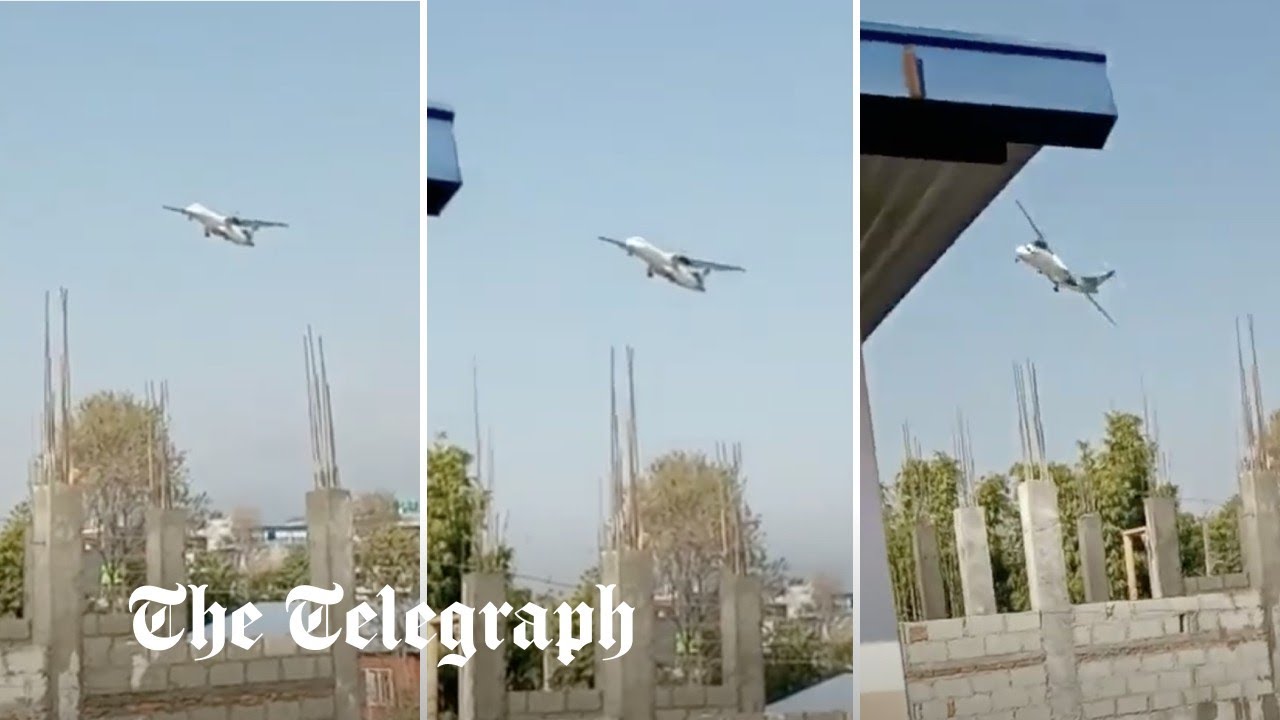 Foreign nationals are among at least 40 people have died after an aircraft crashed in central Nepal on Sunday morning while flying a route popular with tourists trekking in the Himalayas.

A video shared on social media showed the Yeti Airlines plane, which was flying from Kathmandu to the city of Pokhara and had 72 people on board, spinning sharply at a low altitude.

Further images then showed burning debris and smoke rising from the crash site on a hillside in the gorge of the Seti River, several miles from Pokhara International Airport, which had only just opened.

Out of the 68 passengers and four crew on board, 53 are said to be Nepalese with a further 15 foreign nationals, including five Indians, four Russians, two Koreans and one passenger each from Ireland, Australia, Argentina and France. It is not yet known if there are British victims.

Subscribe to The Telegraph with our special offer: just £1 for 3 months. Start your free trial now:
https://www.telegraph.co.uk/customer/subscribe/digitalsub/3for1/?WT.mc_id=tmgoff_pvid_conversion-subscription_editorial-iniative_03-22_EGW-13_organic_youtube

Get the latest headlines: https://www.telegraph.co.uk/

Telegraph.co.uk and YouTube.com/TelegraphTV are websites of The Telegraph, the UK’s best-selling quality daily newspaper providing news and analysis on UK and world events, business, sport, lifestyle and culture.