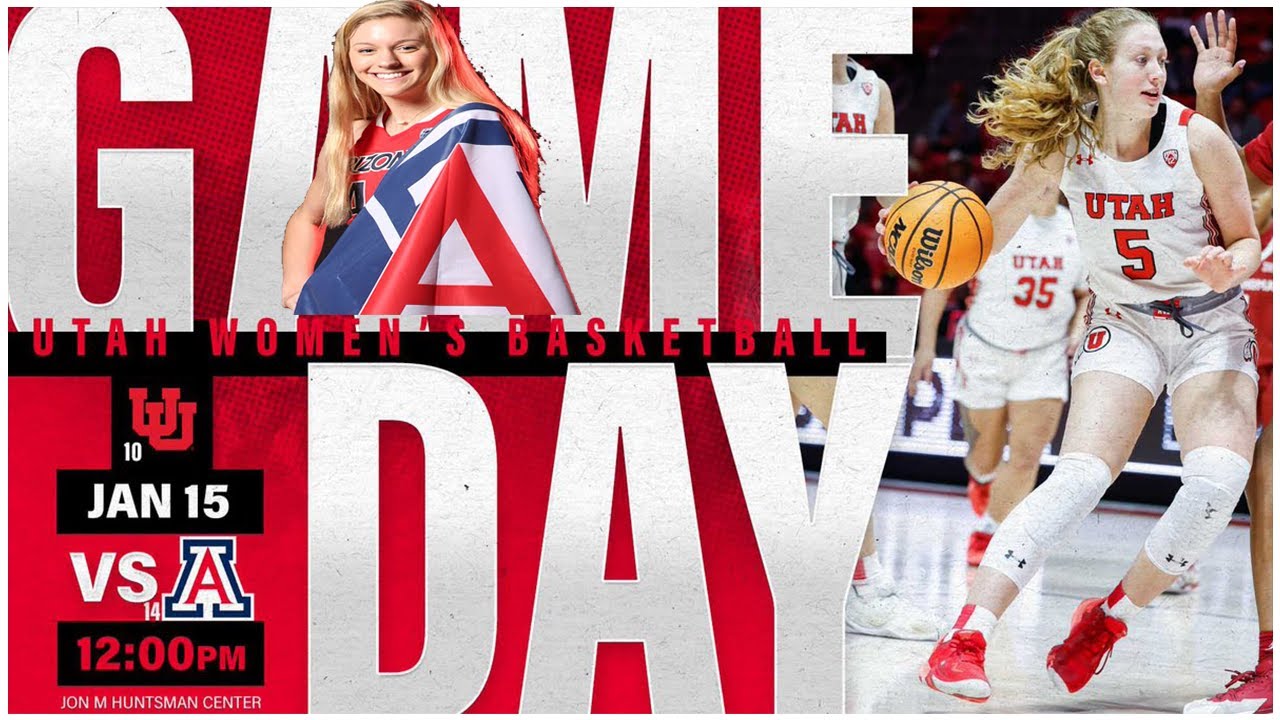 SALT LAKE CITY – The 10th-ranked Utah Utes landed the final blow in a four-quarter thriller on Sunday at the Jon M. Huntsman Center, exciting the largest crowd of the season with two last-second free-throws by Alissa Pili to prevail 80-79 over the 14th-ranked Arizona Wildcats.

In a game that was tied nine times in the fourth quarter, and saw eight lead changes in the final frame, Pili and the Utes found just enough in the tank to outlast each Arizona run, and improve to 15-1 on the season, 5-1 in Pac-12 play. Utah is 8-0 this season at home, and has won 12 of its last 13 games at the Huntsman Center, dating back to last season. Arizona drops to 14-4, 4-3 in the Pac-12.

Pili finished with a game-high 27 points on 11-of-16 shooting, for her eighth 20-point game of the season. Gianna Kneepkens followed with 20 points and a team-high seven rebounds, shooting 7-of-11 from the field and scoring nine consecutive Utah points at one point down the stretch, which helped Utah lead 78-75 with 22 seconds to play. Pili would score the Utes’ final two points on a pair of clutch free throws with 0.01 seconds on the clock, after being fouled on a shot following a long pin-point inbounds toss by Kneepkens.

Arizona had pulled to within one point, at 78-77, on a jumper in the paint by Paris Clark with eight seconds remaining, and after a Utah turnover on an inbounds play after a Utah timeout advanced the ball to midcourt, Arizona took the lead, 79-78, on a layup by Clark with 1.6 seconds on the clock. Utah called timeout to set up the last-second heroics by Kneepkens and Pili.

Clutch baskets by Dasia Young, Issy Palmer and Kennady McQueen, and some key defensive plays from up and down the roster in the second half, contributed to the heart-stopping win before a loud and engaged crowd of 2,915, the Utes’ largest of the season.

Arizona scored the game’s first seven points before Utah responded with a 6-0 run of its own, setting up a first quarter that saw four lead changes over the remainder of the quarter. The Utes took their first lead, 15-14, at the 2:59 mark when Pili made a layup. She finished the quarter with 11 points, followed by Issy Palmer with 8, including a three-pointer at the first-quarter buzzer to end the frame with a 25-22 Utah lead.

Utah stretched its lead to 31-26 in the second quarter, but then went 3:45 without a field goal, and Arizona took advantage with a 6-0 run to retake the lead, 32-31. The Utes battled back to take a 42-40 lead into the locker room at halftime. Pili had 17 first-half points on the strength of making all seven of her field-goal attempts.

The Utes turned up the defensive pressure in the third quarter, limiting Arizona to 31.3-percent shooting (5-16), building their largest lead of the game, at 55-47, with 2:20 to play in the period. The Wildcats fought back to within one point with a 6-0 run late in the period, entered the fourth quarter trailing 56-53, then tied the game at 56 early in the fourth on a three-pointer by Jade Loville, setting the stage for the fourth-quarter drama.

GAME LEADERS
Alissa Pili led all players with 27 points, her eighth 20-point game of the season and first since Dec. 14 vs. Colorado. Gianna Kneepkens notched her third 20-point game of the season, tallying an even 20, including 15 in the second half to help power the Utes to the win, and led the team with seven rebounds. Kennady McQueen and Jenna Johnson led the Utes with four assists apiece, and Johnson added six rebounds. Kelsey Rees blocked two shots.

TALKING ABOUT THE GAME – HEAD COACH LYNNE ROBERTS:
“What a great crowd we had today. They were in it. It was loud. That was really fun. What a great game. Arizona’s good, and I thought it was just back-and-forth the whole time. We answered their runs, they answered our runs… just a really hard-fought game by both teams. I couldn’t be more proud of our group. We turned it over twice…we go down one with 1.6 seconds left. I just love that we didn’t panic. We didn’t panic (because) we work on end-of-game situations all the time. We’ve run that before in practice. And Alissa (Pili) just made a heck of a play. Caught it, the pass (by Kneepkens) was a bit long but perfect because it was way from the defense. And then Alissa had enough time to gather, go up and draw the foul, which is great. The play before that when Gianna attacked on a high ball screen and got the and-one, made the free throw…. just big time players making big plays in big games. But tip my hat to Arizona. I thought they played really well. Just a great, great college basketball game.”