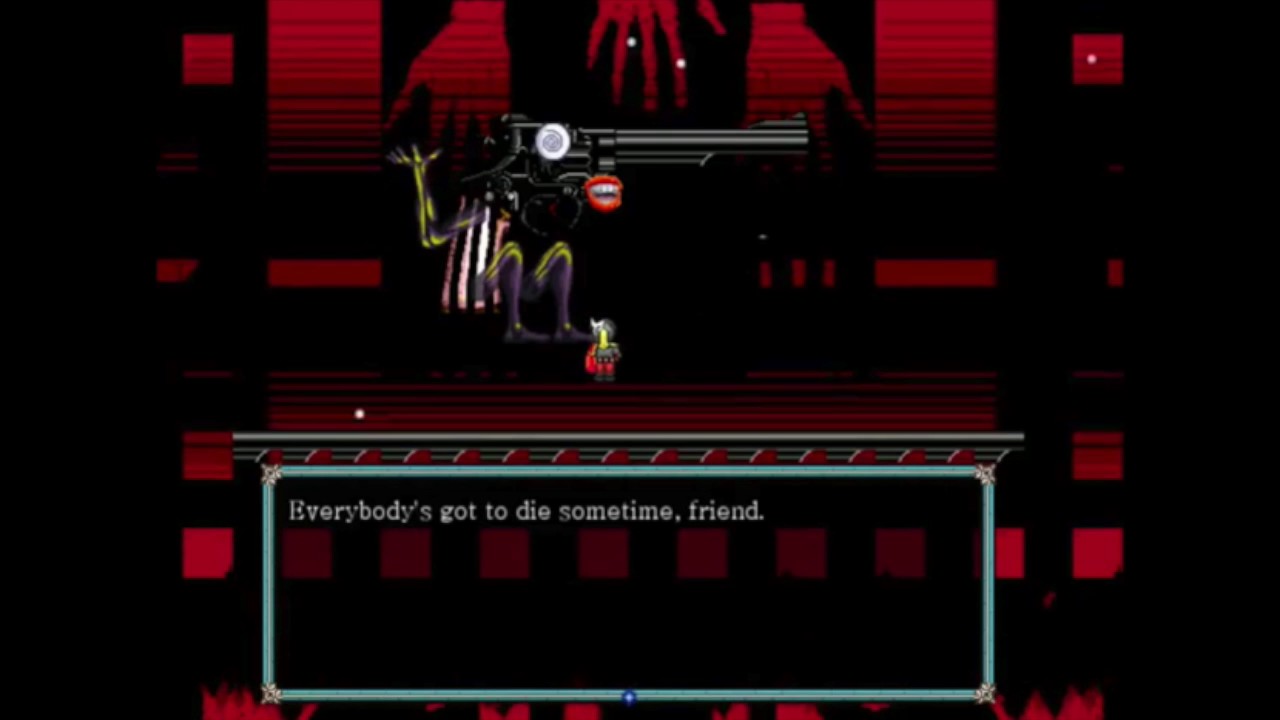 What do you get when you combine OFF, Undertale, and Yume Nikki? Middens. The most bizarre game I have ever played… I know that is a phrase often thrown about recklessly, but I do not say it lightly. Out of all the bonkers games I have played from Katamari Damacy to Parodius to Kingdom Hearts to Rock of Ages to freaking LSD: The Dream Emulator, Middens is still the most insane and bizarre game I have played up to this point. Its freeware so if you want to play it too just look it up.

You play as someone simply known as the Nomad, a musician trying to find his way out of a place known as the Rift. The Rift is the junkyard of the universe; when a world ends, whatever and whoever remains of that world ends up in the Rift. During his trek of the truly surreal dimension, the Nomad meets the talking gun Genie and the two become partners. Genie encourages you to fight your way out of the Rift and its up to you whether you be pacifistic or murderous.

Regardless of the route you took, just as you are about to get out of the Rift, Genie betrays you and reveals her true form. Before confronting Genie in combat you get this lovely song that could easily double as an air raid siren.